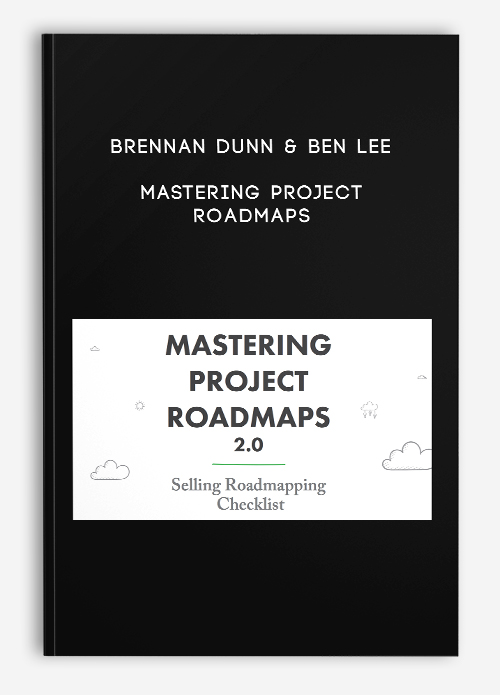 Most freelancers and agencies have it all wrong.

When they get a new lead, their entire focus is on selling them on hiring them for their project. They often spend hours in meetings, learning about the client’s project, and countering every single objection the client has to working with them.

Then they spend even more time putting together the perfect proposal. They stress out over the price and scope of the project – if it’s too low, they could end up losing money, or worse, end up with an angry client who spent more than they budgeted. And if the price is too high, they come off too greedy, losing the project or barely making a profit.

After pouring countless amounts of effort into perfecting their proposal, they send it off… and then the fear sets in.

“It’s been a few days, why I haven’t I heard back from them?”

“Did I screw something up?”

“Have I lost a great opportunity?”

They’ve already invested hours of time into a relationship with no promises and no guarantees.

And, unfortunately, this is par for the course. Every potential project goes through the same cycle of getting a lead, spending a lot of time trying to sell them, and then spending even more time writing a proposal.

This is time that could be spent billing a client or working on their business, but instead it’s spent gambling.

Here’s why it’s so hard to close client projects…

When you get a new project lead, you’re talking to someone who doesn’t trust you yet. They’ve never worked with you, and have no idea whether you can actually help them with their project.

I can do this, I just need you to sign on the dotted line and send me a big, fat deposit check.

From the client’s perspective, you’re asking them to risk a lot on you.

First, they’re risking their budget. You’re asking them to spend tons of money on someone they have no track record with. (You know how it’s so much easier to sell to an existing client? It’s because you’ve already proved yourself to them.)

Second, they’re risking their time. If you screw up their project, they’re not only missing out on the money they spent on you, but they’ve also wasted days, weeks, or even months – time they could have spent moving their business forward..

The hardest thing to do is to ask somebody who’s never paid you to pay you $1.

And the more you’re asking for, the harder it becomes to close the deal.

You also don’t want to spend countless hours of unbilled time estimating and learning about projects, only to lose them and have to gamble on the next project.

Here’s the good news: you don’t have to.

What if you could get paid for the discovery and estimating work you’re already doing now?

Right now, you’re already doing a lot of work to learn about your clients and their projects.

You’re also taking time to think through their requirements and put together an estimate. (And, because you’re not getting paid, you’re probably rushing that estimate.)

Roadmapping is the key to changing all of this for your business.

So what’s Roadmapping? It’s a way to charge for a small, fixed-price engagement that delivers a small amount of value to a client, while preparing them to invest in a much larger engagement (like redesigning their website or building custom software.)

Since I released Double Your Freelancing Rate over 4 years ago and described why Roadmapping is the single best way to convert more leads into clients, I’ve had hundreds of students followup asking for more details, more advice, and more examples of Roadmapping in practice:

“How do I convince somebody who came with me for a project to pay for Roadmapping instead?”

“What do I charge for Roadmapping?”

“How do I come up with what I actually offer in my Roadmapping sessions?”

“What’s the best way to sell somebody on a big project after we wrap up Roadmapping?”

After receiving so many questions about a subject that was such a new idea for so many, I realized that I needed to go deeper on the subject.

Get Brennan Dunn and Ben Lee – Mastering Project Roadmaps at Wishcourse.com with the best price. If you have any questions, please contact us via [email protected].